For information and registration, fill in the following details:
פקולטה לביולוגיה Biology Faculty > News > Using “laser tweezers” – Researchers at the Faculty of Biology have discovered a mechanism for detecting and hiding segments in DNA 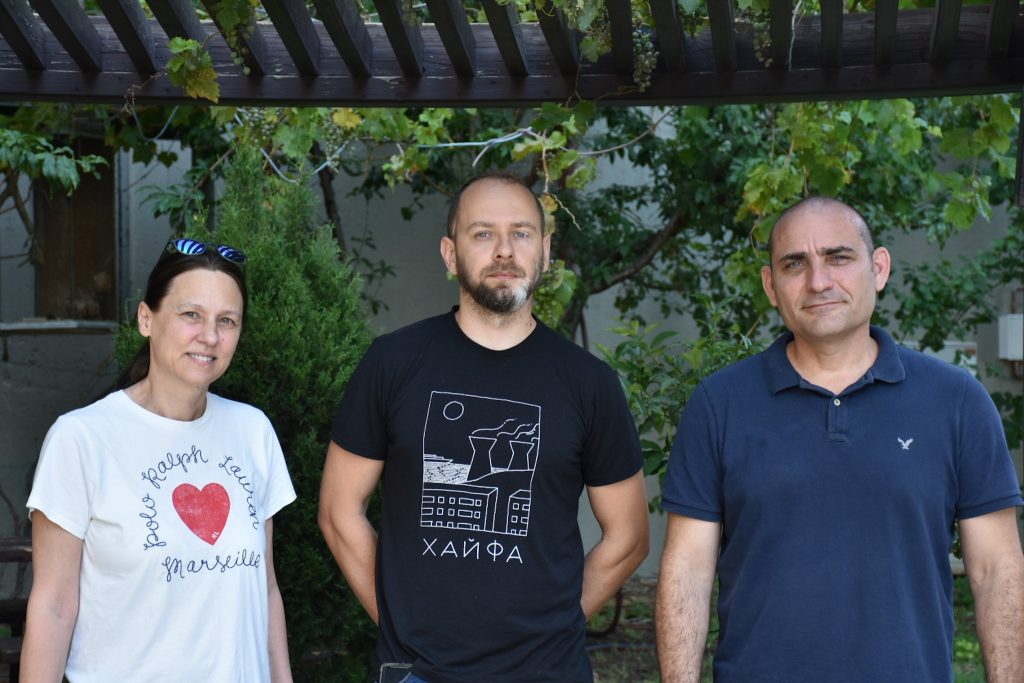 A study conducted at the Technion Faculty of Biology sheds light on the structure and dynamics of chromatosomes. Published in the journal Molecular Cell, the study was conducted by Dr. Sergei Rudnizky under the supervision of Professors Ariel Kaplan and Philippa Melamed

Each one of the cells in our body contains DNA, which provides the instructions required for our development and function. Astoundingly, a total of two meters of DNA is packaged in each cell’s nucleus, just tens of microns in size, a feat accomplished by packaging the DNA into a compact structure called chromatin. The basic level of chromatin organization is provided by wrapping the DNA around proteins called histones in a spool-like structure that resembles “beads on a string”. Then, more complex structures called chromatosomes are formed with the help of a special histone, known as a “linker histone”, which connects the “strings”.

Packaging of the genome is essential in order for it to fit into the cell, but it also reduces the accessibility to the cellular machines that read the DNA and transcribe the genes. Thus, the distinct packaging at a particular gene will have a huge impact on its expression, in ways that are only beginning to be unraveled. In particular, linker histones are known to play a key role in this organization of the genome, and their malfunctions can lead to serious diseases including cancer and autism, but the most basic questions of how they bind DNA are still unanswered.

The lack of understanding of these crucial processes stems from the dynamic nature of linker histones, which makes it challenging to investigate them using conventional methods based on sampling a huge number of molecules simultaneously. In order to overcome this problem, Prof. Kaplan’s lab developed a unique method based on “optical tweezers”, an approach that allows researchers to capture individual chromatin molecules and exert forces on them with the help of a focused laser beam. In these experiments, one strand of DNA is slowly detached from its complementary strand in a manner similar to a zipper being unzipped, through the entire structure of a chromatosome. The principle of the measurement is simple: at points where a histone makes contact with the DNA, even in the weakest way, the zipper gets stuck, and more force needs to be applied to overcome the histone-DNA contact and advance into the structure.

Using this approach, Dr. Rudnizky and his coworkers discovered that contacts between histones and DNA are far more extensive than previously known, and that chromatosomes are, in fact, much larger than previously thought. Moreover, they found a surprising flexibility in the structure of linker histones, as two different chromatosome shapes exist: one symmetric and compact, and the second asymmetric and more relaxed. Remarkably, transition between these shapes in an individual molecule can be externally controlled by the transcription machinery itself. This suggests that the cell utilizes the transition between stable and unstable forms of a chromatosome to regulate access to the DNA in a controlled manner. Given the key role played by chromatosomes in maintaining proper expression of our genome, these findings add an important layer to our understanding of the role of chromatin architecture in health and disease.

To hear more about the technology and the research, listen to Associate Professor Prof. Ariel Kaplan explains in the well-known radio program “Three Who Know”: Attach MP3 FILE

On the right, Associate Professor Ariel Kaplan, At the center is Dr. Sergei Rudnicki and on the left on the left, Professor Philippa Melamed.