For information and registration, fill in the following details:
פקולטה לביולוגיה Biology Faculty > News > When Blue-Green Algae Get a Virus. Expedition from the Faculty of Biology at the Technion discovers viruses can seriously affect the population of oxygen-producing bacteria in the oceans

When Blue-Green Algae Get a Virus. Expedition from the Faculty of Biology at the Technion discovers viruses can seriously affect the population of oxygen-producing bacteria in the oceans 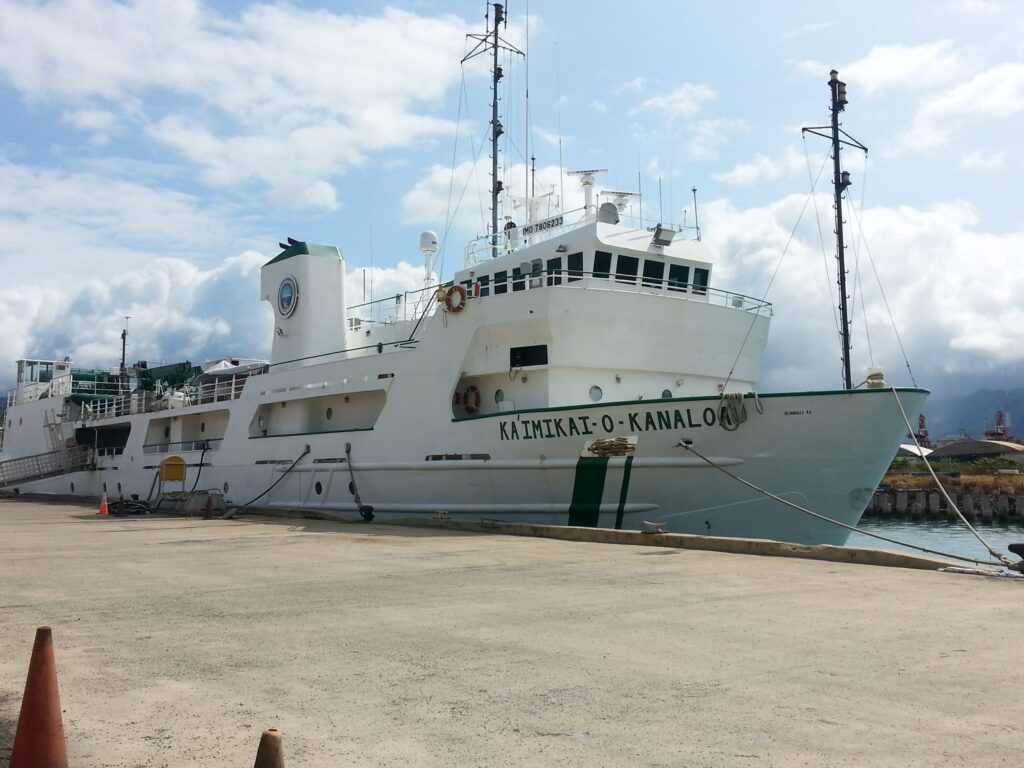 Half the oxygen in the world is produced not by plants on earth, but by single-cell “plants” that live in the ocean. One of the major groups of these “plants” are the cyanobacteria (also formerly known as “blue-green algae”). Like land plants, cyanobacteria perform photosynthesis: they trap CO2 to produce oxygen and organic compounds (fats, sugars, etc.). Like any other living organism, sometimes cyanobacteria get infected by viruses. Now a team headed by Professor Debbie Lindell from the Technion Faculty of Biology finds that just like humans, cyanobacteria can experience viral epidemics that significantly affect their population. These findings were published in Nature Microbiology.

Dr. Michael Carlson, a postdoctoral fellow in Prof. Lindell’s lab, sailed along the Pacific Ocean to study the populations of two common cyanobacteria: Prochlorococcus and Synechococcus. The two genera live in different latitudes: Prochlorococcus live in warmer but less nutrient-rich waters, while Synechococcus prefers colder and more nutrient-rich latitudes. In the area between, both thrive, creating a hotspot, or “cyanobacteria-city.”

This hotspot, it turns out, is also a hotspot of viral activity. Much like a bustling city sees considerably more viral infection than a remote village, in the “cyanobacteria-city” more cyanobacteria are infected. Thrice more, normally, as Prof. Lindell and Dr. Carlson saw in 2015 and 2016. But when the team arrived at the same location in 2017, they found the Prochlorococcus population in the hotspot significantly reduced and displayed 10 times more infection than normal. In 2017, the Prochlorococcus population declined at 17oC, when normally these cyanobacteria are comfortable at temperatures as low as 12oC. The Prochlorococcus, in short, suffered a virus outbreak, causing a high percentage of them to die.

Until now, it had not been known that viral infection could have such a dramatic effect on cyanobacterial populations. It was known that viruses infected and killed cyanobacteria, certainly. But among the other factors affecting cyanobacterial population size (being eaten by bigger organisms, water temperature, nutrient availability, to name a few), viral infection was not known to be significant. Prof. Lindell’s group’s findings are comparable to after having known for years about the flu, suddenly discovering the 1918 Spanish influenza.

This discovery was made possible by technologies Prof. Lindell’s lab had developed earlier. The group devised novel methods to quantify the groups of viruses that infect the cyanobacteria, and the extent to which these viruses infect their hosts. Sailing northwards from Hawaii, the group was able to sample the same locations over three years at high spatial resolution and discover the 2017 infection event. Satellite data on water temperature and chlorophyll concentration allowed the group to infer that the phenomenon they observed was spread across the North Pacific Ocean, and not limited to the single cruise track they sailed along.

At least half the earth’s oxygen production and primary production of organic compounds come from the ocean. Oceans cover 70% of the planet’s surface, they drive weather and regulate temperature. Yet much remains unknown about the oceans and the organisms that live in them. The work of Prof. Lindell’s lab helps shed a little light on the ocean’s depths.

This study was led by Prof. Lindell and Dr. Carlson, in collaboration with researchers from the University of Washington and the University of Hawaii. It was supported by the European Research Council (ERC) and the Simons Foundation as part of the Simons Collaboration on Ocean Processes and Ecology (SCOPE). Dr. Carlson was supported by a Fulbright Postdoctoral Fellowship.

For the full article in Nature Microbiology click here.